How to Save Thousands by Refinancing a Car Loan 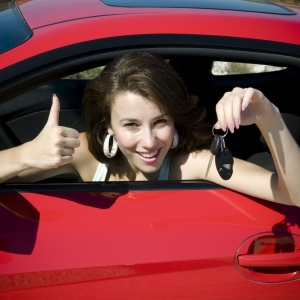 Refinancing your vehicle loan could save you a few thousand dollars, and could be easier than you think. The average five-year new car loan rate is 3.72% as of Tuesday, according to the Informa Research Services’ Interest Rate Review. If you’re paying more than that, you should definitely take a few minutes to see if you can do better. But even if you’re paying less, you may still be able to lower your rate even further.

Refinancing can not only save you money on interest, but with a lower interest rate, more of your payment goes toward paying off your principal balance. And that reduces the time that you may be upside down on your loan, owing more than the vehicle is worth.

Phil Reed, senior consumer advice editor for Edmunds.com, one of my favorite sites for car buying information, recently joined me on Talk Credit Radio to share tips for refinancing your vehicle. Following is an edited excerpt from that interview.

Phil, how does someone refinance the loan on their car or truck?

First of all, it’s a lot easier than most people realize. When we think refinance, we’re always thinking about our home mortgage. I’ve actually refinanced (my home) several times and that’s like a two- or three-week period with lots and lots of documents.

Refinancing a car is much simpler than that, and it’s very beneficial to people who perhaps have higher interest rates than what they actually would’ve qualified for. It’s not uncommon for that to happen. So that’s one scenario. Another possibility is that their credit score has changed quite a bit since they purchased the car and so then they qualify now at a much lower rate.

So basically it almost sounds like magic but it’s a way to drop your car payment and also adjust exactly how long you want to keep paying for that new car.

What’s the typical length of a car loan today?

The most common loan period for purchasing a car is five years. Unfortunately, lending institutions have gone to six and seven years and we don’t recommend that. Anything up to five years is good to purchase a car. That seems to be a comfortable amount of time where the payments are low enough and the car retains its value. If somebody’s considering leasing, we recommend leasing for no longer than three years.

Phil, you described a scenario in which someone’s paying a higher interest rate than what they may have qualified for. Give us an example of how that might happen.

In some cases, particularly people who have mid-tier credit, they are nervous about their credit. In a lot of cases they’re in a little bit of denial; either that or they don’t want to really face up to it. And oddly enough, they always seem to anticipate that (their credit) is worse than it might really be. So what happens is they go directly to the dealership without checking their credit scores — which is not a good thing to do — and their attitude is “get me done.” In fact, that’s sort of a slogan that some car salespeople use; this (customer’s attitude) was just “get me done.”

And that means that the borrower almost feels that the dealer is doing them a favor by giving them a loan. If they had taken time to check their credit, they might have found that they were in a stronger position. However, what happens is the dealership will go ahead and possibly offer them a loan that’s 2% to 5% higher than it could be. Now, in some states it’s regulated so the markup could only be so much.

But even two percentage points on a $25,000 loan is going to mean nearly $1,000 to $2,000 more over the term of the loan. Not only that, but these days interest rates are very low if you finance properly through the dealership. Sometimes you can get below-market rates. So there is a lot of money to be saved in financing a car the right way.

Where should someone go if they want to refinance a car loan?

Well, the first step of course would be the Internet to do the research. In a lot of cases, there are some sites that are aggregators that pull all of the rates together such as Bankrate.com. There are a lot of online lenders that have gotten into the refinancing business.

The major banks will also refinance but sometimes it seems their rates are not really quite as good. Now, obviously if your first loan is through a dealership, you’re not going to be able to refinance through them. They wouldn’t rewrite their own loan so you’re going to have to go outside of that. But some of the loan application processes are really just a matter of a 5- to 10-minute application online and you get your results right away. The contracts are fairly simple and in every case I’ve ever known, there’s no prepayment penalty.

So you might as well shop around and see what you can do to lower your rate.

It’s always a good idea to know where you stand financially. It puts you in a much stronger position and also it’s psychologically good to face the truth.

Want to hear the full interview? You can download the interview with Phil Reed, listen online, or listen oniTunes.