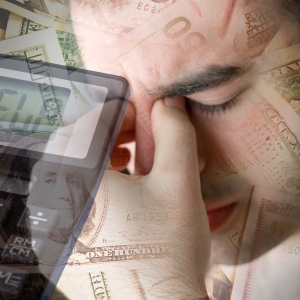 It would seem that almost all of us have either been caught ourselves, or have a friend or relative, who has been addicted to drugs. If we’re fortunate they managed to get free of them. We know that no one begins with the idea of becoming a drug abuser. But somewhere along the way it happened. And, the pain it caused to the abuser and those around them was often significant.

In watching people and their finances I see a similar pattern appearing with debt. No one sets out to become addicted to debt. No one wants to let debt control their lives. And, yet, a certain percentage of us will have that happen.

Now let me be clear that everyone with debt problems will not follow this pattern. Some people got into debt trouble due to a medical emergency or sudden financial set-back.

But, for many the pattern is predictable. Much like someone falling into drug addiction. For some guidance we went to the National Institute for Health website. They defined four stages of drug addiction.

“Experimental use — typically involves peers, done for recreational use; the user may enjoy defying parents or other authority figures.

“Regular use — the user misses more and more school or work; worries about losing drug source; uses drugs to “fix” negative feelings; begins to stay away from friends and family; may change friends to those who are regular users; shows increased tolerance and ability to “handle” the drug.

“Daily preoccupation — the user loses any motivation; does not care about school and work; has obvious behavior changes; thinking about drug use is more important than all other interests, including relationships; the user becomes secretive; may begin dealing drugs to help support habit; use of other, harder drugs may increase; legal problems may increase.

“Dependence — cannot face daily life without drugs; denies problem; physical condition gets worse; loss of “control” over use; may become suicidal; financial and legal problems get worse; may have broken ties with family members or friends.”

For many people, their use of debt and their path to addiction imitates that of drug addicts.

For instance, in the beginning, debt and drugs both seem like an answer to an immediate problem. You need to replace a water heater but can’t afford the plumber. Put it on plastic and pay for it over the next few months. It’s only a couple of dollars per payment. Really the best way to handle a bad situation. And, it’s just this one time.

But, just like in drug addiction, the use of debt isn’t a one time thing. It becomes a regular, routine part of life. The water heater debt takes longer to pay off than you expected. And, before you finish paying for it a car repair is needed. Since you were busy repaying the credit card there was no way to save for this emergency. And, since going without a car isn’t an option, you put the repair on your credit card.

Pretty soon it becomes routine. Any time that you run into an unexpected bill it goes on a credit card. Ofcouse, since you’re using credit more it only makes sense to get another card or two. That way you won’t get too close to your credit limit.

Both drug and debt addictions start small. You don’t plan on becoming addicted to either. But the regular use of debt is one step away from having a serious problem. If you continually carry a balance on your credit cards you are a regular user of debt.

Soon you’ll find yourself juggling balances from one card to another. You’ve entered the state of daily preoccupation. Managing your debts becomes a focus of your life. Knowing when certain bills are due and figuring out how to cover them takes time that used to be devoted to work and relaxation. But, you don’t have a choice. Missing a payment could cause everything to come crashing down. Both debt and drugs force you to abandon long-term goals and concentrate on just getting through today.

Pretty soon you recognize that you’re totally dependent on debt. If any one of your dealers (i.e. creditors) cuts off your supply of money you’ll be in desperate trouble. Everything depends on maintaining a steady flow of loans. Without your debt fix your world will collapse.

Not everyone moves from stage to stage on the same timeframe. Some even go back a stage or quit altogether. But, for some the pull is almost irresistable. Like the drug addict, they borrow more and more until it all ends in bankruptcy.

So what’s the point in all of this? It’s a chance for you to take a look at your finances and see if you’re on a pathway that will lead to financial heartache. And, then you can make the decision as to whether you’re happy with that path or would like to change the direction of your life.