Should I declare bankruptcy? 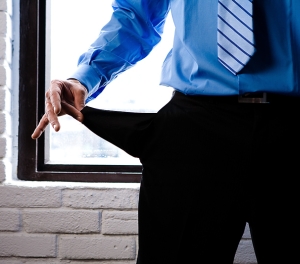 My husband and I got married quite young, made some unwise financial decisions and ended up in debt (some credit card, some personal loans) with a grand total of $24,000. My husband has worked very hard over the years, sometimes 3 jobs at a time, trying to make ends meet. We have gone through credit counseling and a consumer proposal. We are the parents of 3 young children and have had to choose between paying our bills, so we wouldn’t go bankrupt, or buying groceries.

After many years of trying, we feel that we have no other choice but to file for bankruptcy. We honestly would like to do anything else, but we feel that this is our only alternative.

According to the U.S. Federal Reserve, the typical filer has about 1.5 times their annual salary in short-term, high interest debts (like credit cards and personal loans). About 2/3 of the those filing say that they have lost a job and about 1/2 have faced a serious health problem.

Canadian and U.S. bankruptcy law are fairly similar. There’s a national law that authorizes bankruptcy and then state or provincial law determines things like what property you can keep through a bankruptcy.

Basically, a bankruptcy discharges certain debts and says that the creditor is no longer entitled to repayment. The purpose is to allow the debtor to get a fresh start and creditors to get an equitable distribution of any assets.

There are also some debts that a bankruptcy won’t eliminate. In both the U.S. and Canada back taxes, alimony, child support, and student loans are not discharged. Canadian student loans can be discharged 10 years after graduation.

OK, now let’s look at Exhausted’s question. When is it time to throw in the towel and file for bankruptcy?

Exhausted is correct. Bankruptcy should only be used when the other alternatives have failed. When minimum monthly bills are more than the family can pay, the first step is to contact the creditors and ask for a payment plan. If that doesn’t provide enough breathing room, it’s time to contact a qualified credit counseling agency. They can negotiate the interest rates down.

Neither of those steps will reduce the amount owed. It will only cut interest rates and create a more livable payment plan.

Sometimes, that’s not enough. If a credit counselor can’t work out a plan to pay off your debts in less than five years, then it’s time to consider something more drastic.

In Canada a debtor can file a ‘consumer proposal’. It brings in a trustee and asks for a reduction of the amount owed and/or the interest rates charged. The debtor makes payments per the plan. At the end of the plan remaining debts are discharged. Creditors have the right to reject the proposal.

In the U.S. a chapter 13 bankruptcy filing serves a similar function. It’s meant for people with a regular source of income and enables them to keep some valuable property (such as a house) while putting together a payment plan that usually runs 3 to 5 years. Payments must be completed under the plan before the remaining debts are discharged.

If Exhausted’s income is only enough to cover living expenses without repaying debts, a bankruptcy filing in Canada or a chapter 7 bankruptcy in the U.S could be appropriate. In either country, if there’s income available for debts, it’s the court’s responsibility to redirect the debtor to a consumer proposal or chapter 13 filing.

In a Canadian bankruptcy or U.S. chapter 7 filing, the court appoints a trustee. The trustee collects the debtor’s assets, sells them and then pays the money out to the creditors. Some items are exempted from the sale. After the proceeds are distributed to creditors the remaining debts are discharged.

There are other things to consider when deciding whether to file for bankruptcy. Bankruptcies are public records. In the past you could be pretty sure that no one would find out unless you told them. But, in today’s interconnected world that’s not so sure.

It’s also possible that the debtor has some asset that they could lose during bankruptcy. For instance retirement accounts or valuable family heirlooms could be liquidated.

In the states, there will be filing fees, typically about $200. Your lawyer will get about $1,000 in fees, although you can keep that down by having current statements on all your income and debts. Many will offer one free consultation. Canadian fees are government regulated and typically are paid out of the assets available to creditors.

Exhausted should also pay attention to proposed bankruptcy legislation in both the U.S. and Canada that would make it harder to declare bankruptcy.

Finally, there is one reason for Exhausted to smile despite the challenge her family has faced. There was a time in old England where a person unable to pay their debts could get the death penalty! Fortunately that law doesn’t apply today and no one is adding it to any proposed legislation.