Are You Afraid of a Budget 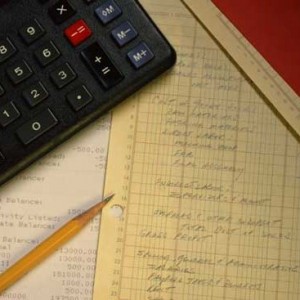 There’s that horrifying word. The one that makes so many people cringe at its very utterance. It seems like they could make a very good spooky movie with the title “You Have To BUDGET!”

Yeah, that’s a little dramatic but I have been helping people with their personal finances for almost 30 years and it’s not too far off base. The word scares the daylights out of some people.

You should see their faces when I tell them they are already budgeting no matter whether they have anything written down or not. It’s a fact.

Maybe we should refer to managing our finances as a road map instead of a budget. It doesn’t sound quite as bad and it identifies what you are doing more clearly.

Budgeting is exactly like taking a trip in your car. You know where you are and where you want to go but you need a road map to find out how to get there. You are simply developing a plan or route if you prefer.

No one would even consider starting out on a trip to unfamiliar places without a road map. Why would you consider managing your money without a budget?

The reason most people give for not budgeting their money is that it will deprive them of the things that they want. They are right to a certain extent.

Almost all of the people that I have counseled over the years either don’t have a budget in place or wouldn’t have any idea of how to start one. This is one of the main reasons that so many people are having serious financial problems.

Then you have the people that start a budget and within a few days or weeks it’s just sitting in a drawer somewhere. Chances are that the budget they had was too difficult and takes entirely too much time to manage. That’s a big mistake.

A budget should be as simple as possible and take only a few minutes on payday to manage. Sure, it does take some time and effort to setup your budget properly but after that you just sit down on payday, write out your bills, make a few notations on your budget forms and do some filing. This is what it takes to stick to a budget.

The best part about having a budget is that you will always be able to answer the question we ask ourselves many times in our lifetime, “Can I Afford That”. You will have the answer at your fingertips. Yep, sometimes the answer will be NO!